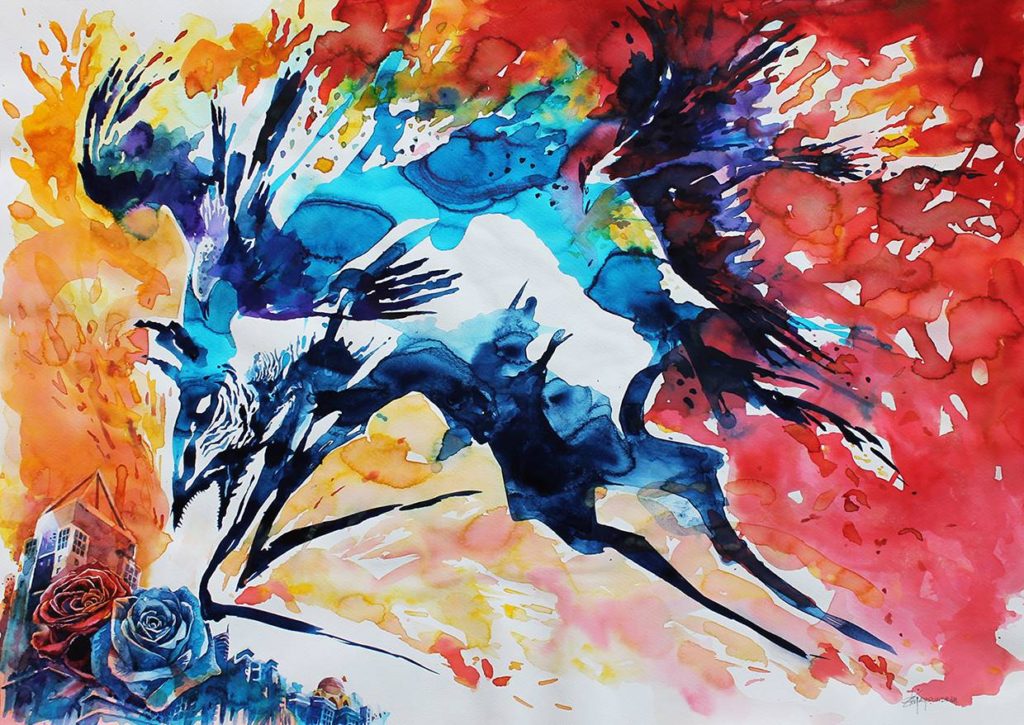 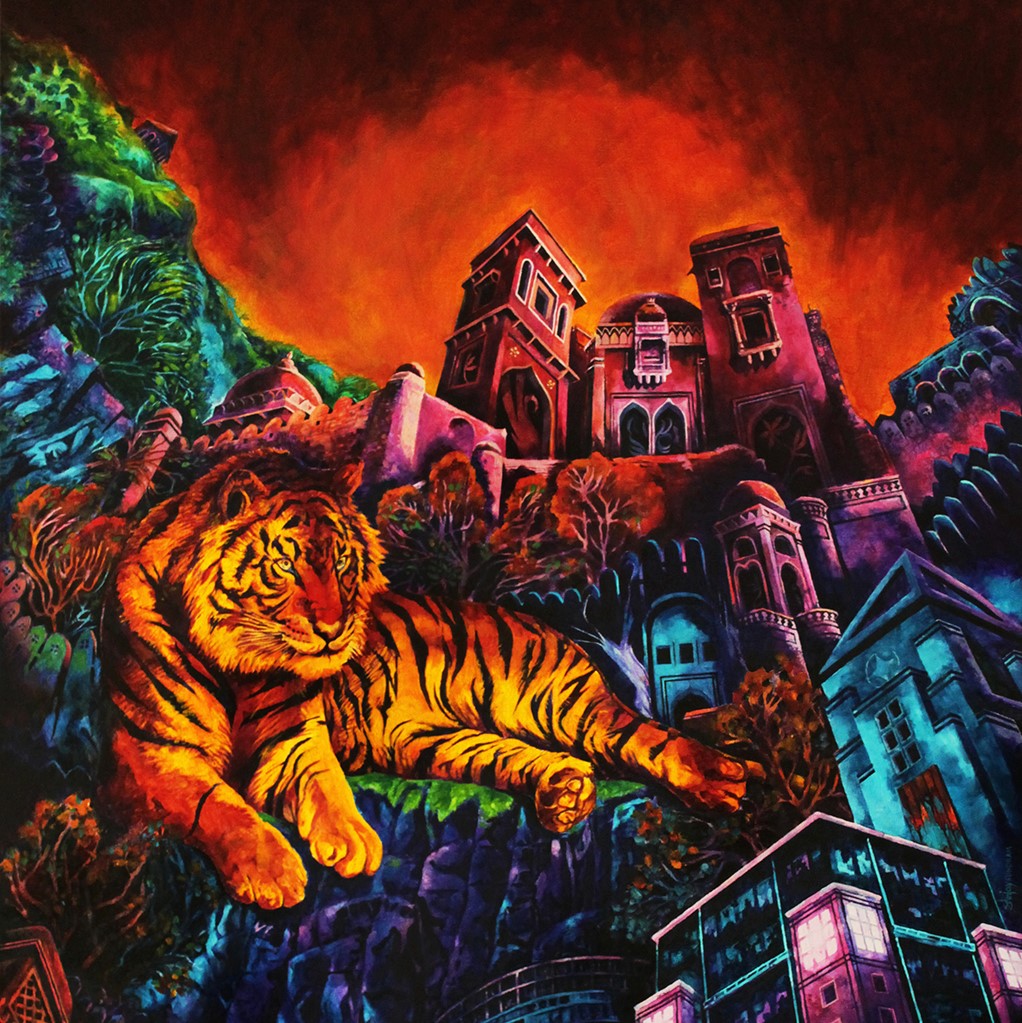 Once There was a Tiger 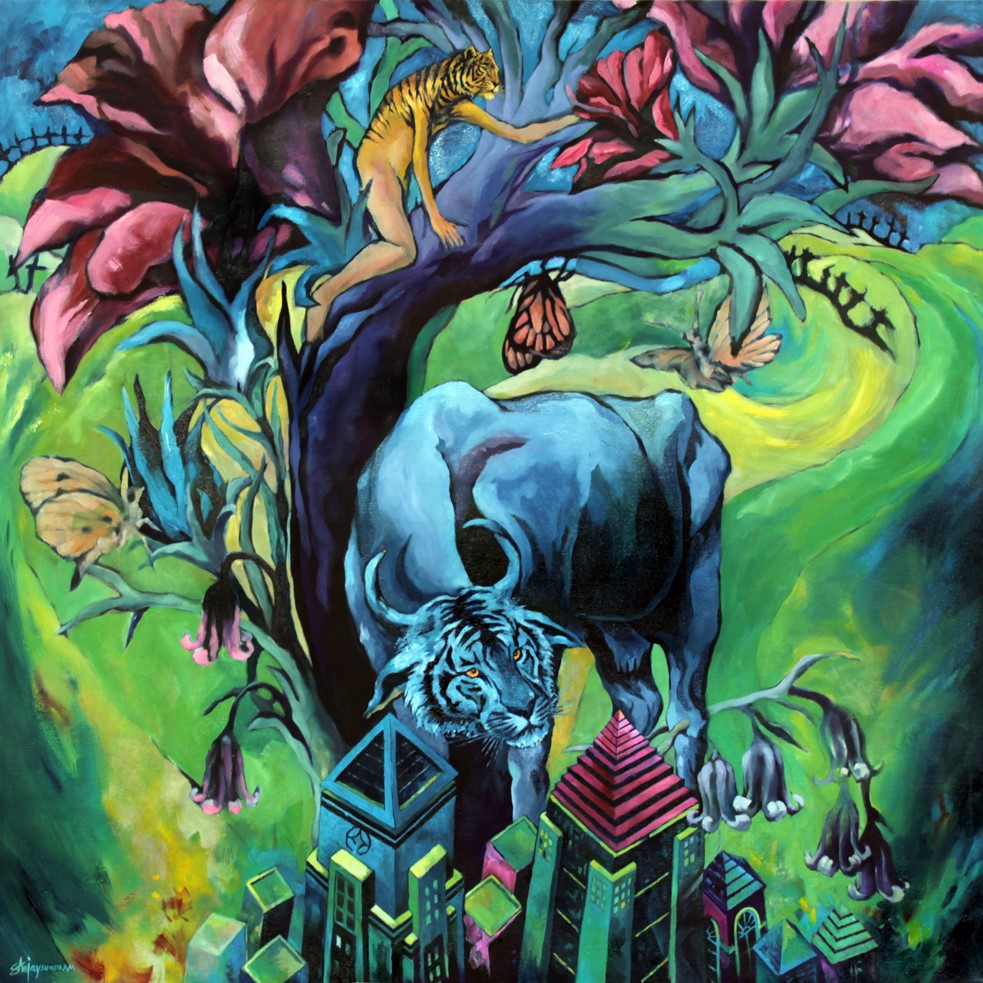 Is It Sweet This Milk of Satisfaction 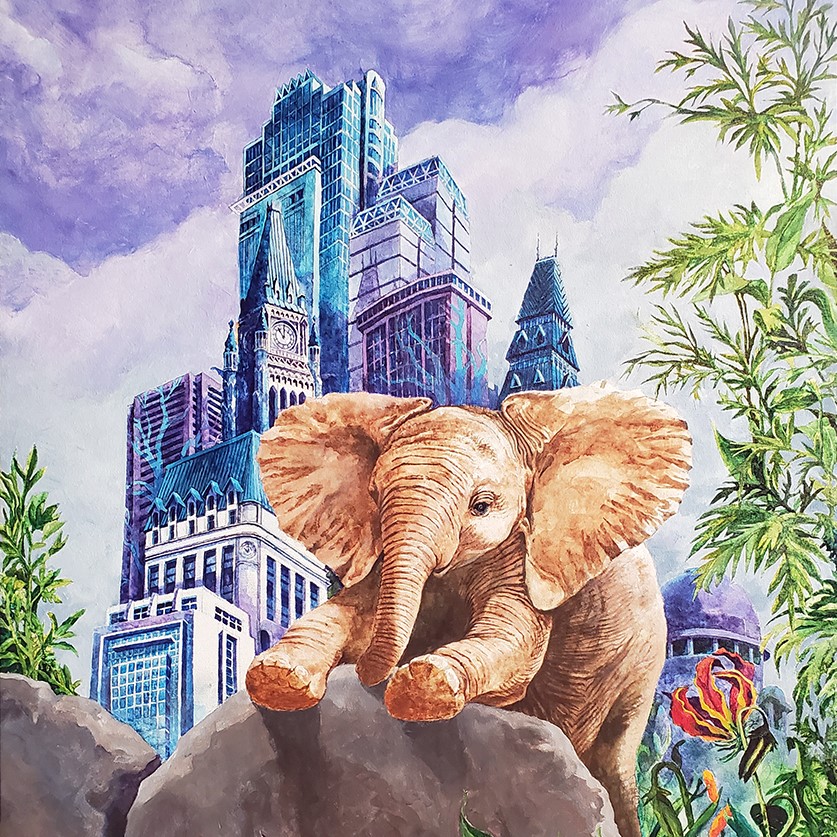 Sanjay’s art explores environmental themes, and is influenced by the architecture of the cities he has lived in.  He has always lived in large cities, and has watched them grow. As a student of architecture, he was compelled to understand their structure and observe the changing landscape. To him, urban spaces are places of everyday horrors as well as everyday magic. Large simians appear on skyscrapers built on the ruins of their forest. Cars spout golden flowers instead of smoke. Wings want to fly.

In 2013 Sanjay left Delhi, to settle in Ottawa. It has been a vigorous adventure since then, both fun and challenging. As he tries to understand a different set of structures, and encounters new spaces, it seems to reflect in his work. He finds that ideas of flight, transition and displacement feature frequently in his paintings.

Sanjay has been exhibiting as an artist for the last 10 years, and has participated in solo and group exhibitions in the US, Italy, Canada and India.  He works in traditional media, such as oils, watercolours and sculpture.

Sanjay’s work can be found in collections worldwide, including UNICEF, the Indian High Commission, the United Nations Development Fund, the Worldwide Fund for Nature (WWF), the David Sheldrick Wildlife Trust, the City of Ottawa, and the Fortis Foundation.  In 2019 he was awarded a prestigious painting commission by the Indian government on the occasion of the anniversary of Mahatma Gandhi’s birth.