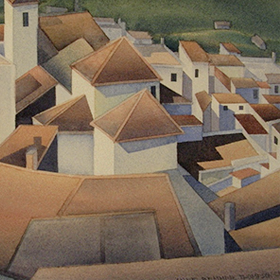 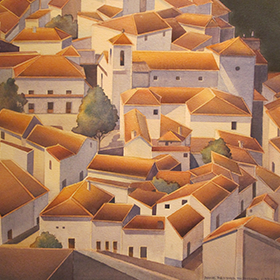 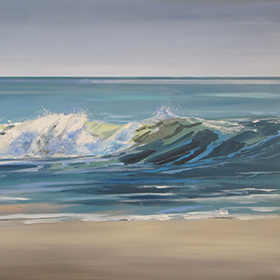 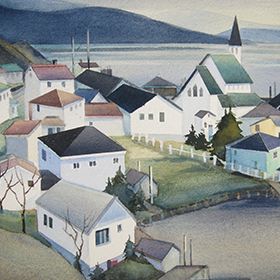 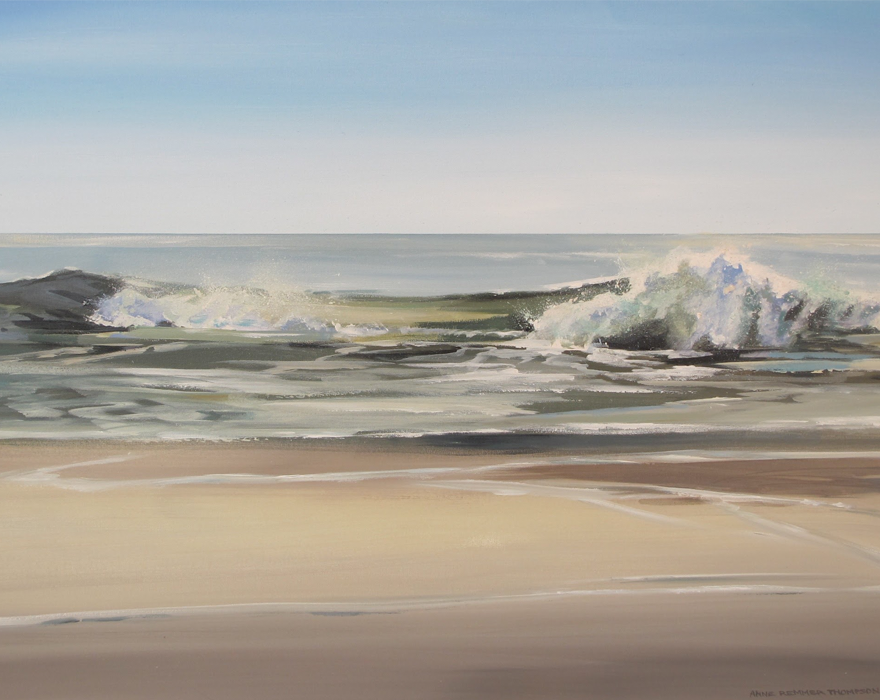 Anne Remmer Thompson, born in the Glebe, is a watercolour and acrylic painter and teacher. Her style could be called dramatic realism. In 1999, she was elected as a member of the prestigious Canadian Society of Painters In Watercolour (C.S.P.W.C.), and is a Past Regional Director for Ottawa and Eastern Ontario.

As a child she was chosen to study at the National Gallery. Later she studied Art History extensively at Carleton University, oil painting at the Ottawa School of Art, and watercolours with Jack Reid and John Bennett. Her local mentor was Brodie Shearer.

Anne is called upon, annually, to critique paintings for the art associations of Ottawa, Nepean, Kanata, and others of Eastern Ontario.

Having received wide recognition in Ottawa and Eastern Ontario, Anne has won numerous awards and prizes. Her several solo shows in local galleries have been most successful. She has participated in many two-person and three-person shows in Ottawa and Toronto.

Anne has taught art-related subject matter for the Ottawa Board of Education, has given painting classes for many art associations and has conducted private watercolour instruction.

Anne exhibits annually at the Ottawa Art Expo, the New Art Festival, the Rideau Valley Art Festival, and the Glebe Fine Art Show amongst others. She has also exhibited continuously with Art Lending of Ottawa and local galleries.

Her paintings are in the permanent collection of the Corporation of the City of Ottawa: the City of Gatineau; the Family Care Workers of Ontario; and in hundreds of public and private collections throughout Canada, the United States, and Europe.